Hi Daniel, how are things? Have you been up to much recently?

I just did a Spoken Word session on Radio 2 for the Janice Long Show. I took in some vinyl records to show Janice the artwork, and she said, ‘Let’s play them.’ An hour later she had spun tracks from The Specials, The Sindecut, and Arctic Monkeys on air, and we had chatted about my love for those records and many an anecdote from ‘Isle of Noises’…perfect!

Sounds great. ‘Isle of Noises’, is doing very well. Tell us how the idea to write it came about.

Doing well indeed, being named a Guardian and NME Book of the Year 2013 was a great thrill. Paul Zollo wrote a book called Songwriters On Songwriting in the late Eighties. It was a collection of interviews with many of North America’s most celebrated writers talking about their craft. Sometime in the late 1990s I found myself in Borders bookshop on Charing Cross Road asking for the British equivalent. To my amazement, it did not exist. A seed was planted and ten years later I made up my mind to ﬁll the gap.

So, besides filling the gap, what was the ultimate aim for ‘Isle of Noises’?

It is not a deﬁnitive work by any stretch of the imagination, but I would argue that the artists involved have all contributed uniquely to the progression of classic British songwriting. The aim was to shed light on, and understand the creative process of songwriting. 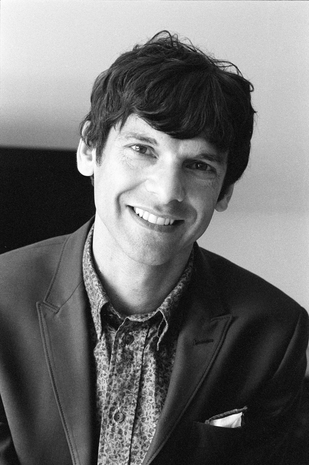 ‘Isle of Noises’ is a great title for a book about British music. Where did it come from?

For a long time it was called From A Beatle to A Monkey, but without Paul McCartney and Alex Turner’s involvement…I was influenced by Alex Ross’ book The Rest Is Noise…what ‘Rest’ was he referring to? I concluded: pop.

Was it easy enough finding a publisher for the book? Can you tell us more about that side of things?

It was a nightmare. I had rejections from easily over a dozen literary agents, and a host of publishers. I started the project from scratch, just a simple idea and a lot of drive. I was convinced it was a book, as an avid reader myself, that would be popular. Trying to persuade the industry of this was mystifyingly difficult. I eventually found an agent to take the book on, but within a few months I was being persuaded to give up the idea and use the material more constructively. I refused. The agency dropped me. By this point I had met about eight or ten artists. Eventually I was taken on by Beautiful Books, but just before publication the company went under. It was a great shame; not only for the book but for Beautiful too More rejections from publishers and agents followed, even with names like Paul Weller, Ray Davies, Billy Bragg and Noel Gallagher attached to the project. The former MD of Beautiful introduced me to Carrie Kania at Conville and Walsh. Carrie got the idea and potential of the book immediately and suggested Paul Baggaley at Picador would too. Her instinct was right, and Paul steered the project to its final presentation.

So, how did you come to choose to the musicians you did? Were there any surprises in doing so?

I began writing the book by making a list of classic British rock and pop songwriters. Forty or ﬁfty names immediately came to mind, but if the project was to cover ﬁfty years, it felt right to condense the list to twenty-ﬁve artists. Since I was taking John Lennon and Paul McCartney’s composition and recording of ‘Love Me Do’ in 1962 as the starting point of modern British music, I decided that the songwriters also needed to be performers. I also tried to give each of the decades from the Sixties to the present day roughly equal representation. By now the list of artists was slimming down to a more manageable thirty names. I then sent out my invitations. The surprise was that, bar three or four artists, everybody declined my request. Repeatedly. The record I think, was seven ‘nos’, before the artist said ‘yes’.

Getting rejections like that must be tough. At any point did it get too much, or did it only make you more determined?

A bit of both. But people saying ‘no’ was only because they hadn’t been convinced to say ‘yes’. Of the parties, either one person didn’t get it yet, or the other person was deluded. I always felt the idea was strong enough to keep trying to persuade people. The rejection from songwriters was different in as much as I was asking for their time, and giving nothing back in return. Although being able to offer Bryan Ferry his chapter for his tour programme gave a reciprocal satisfaction.

So, having got so close to the secrets of their songwriting craft, who stood out to you in their process?

Sting was the most eloquent. Mick Jones disavows himself of his ability. Noel Gallagher struggles for years with words. Lee Mavers doesn’t care what anybody else thinks. Laura Marling never edits her words. Lily Allen only writes in the studio. Paul Weller can hold an idea in his head for up to a month. Jimmy Page has incredible recall… 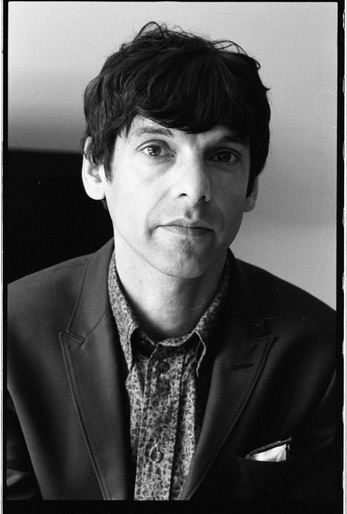 Who did you have the most fun interviewing? And who was the most exciting?

Lee Mavers kept on picking up the acoustic and playing La’s songs, or snatches of Who, or Kinks ones – standing one foot away from him, whilst a brunch was sizzling on the stove, was amazing. Noel Gallagher was hilarious. Laura Marling was lovely. Jimmy Page was a gentleman and impeccably dressed. The Pet Shop Boys had me, and themselves in hysterics, and Damon Albarn has beautiful eyes.

Have you stayed in touch with any of the musicians? What have been their reactions to the finished book?

I’ve exchanged a few phone calls and texts with Lee Mavers. I met Billy Bragg again on Loose Ends on Radio 4, and many of the writers have sent messages or letters of kindness. Steve Cradock told me he was reading sections of the book on the tour bus to Paul Weller and Noel Gallagher, and Paul was going, ‘I really like that book’. What more could I wish for.

“I was influenced by Alex Ross’ book The Rest Is Noise…what ‘Rest’ was he referring to? I concluded: pop.”

Being a musician yourself, has putting this book together improved or altered your songwriting process in any way?

I gave up songwriting and gigging to do the book: Put my guitar in a case, slid it under my bed, and set about being an author.

Okay, so if I were to flip the table around, putting you as the musician in ‘Isle of Noises’, what would be the most personal question I could ask you about your songwriting?

Why can’t you write truth in song?

And why can’t you write truth in song?

I found it hard to write straight, honest emotion. Instead I wrapped it up in an attempt to be more poetic, I guess. The result was often an impenetrable riddle. But who is really that interested in me pouring out my heart out in song; it would be very self-important. Laura Marling does, but she’s blessed with a wonderful gift, and far beyond my musical capabilities. 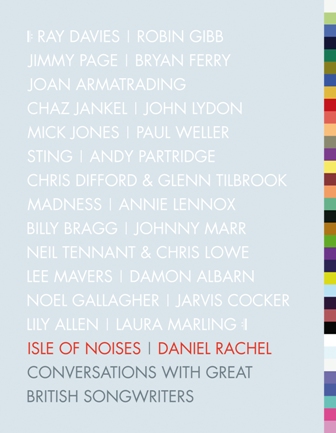 Okay, so what would be the most impersonal question I could ask?

What comes first, the music or the words? I hasten to add that is the one question that is not in ‘Isle of Noises’.
Thankfully! Having got such an intimate portrayal of a songwriter’s life and mentality, in hindsight was there anything that added to, or took away from, your ideas of music?

It helped open up my very narrow music filters. You know, that thing of being a Rude Boy, so not listening to Mod, or being into Oasis and not liking Blur. It’s made me listen to music that I never would have before. There are so many great XTC records I had never heard before, or Bryan Ferry solo songs, like ‘I Thought’ on ‘Frantic’. It made me listen to music from new perspectives.

What are your plans for the future? Another book?

I’ve just been given the go ahead from Picador for a book about pop and politics set against the Thatcher years.

Nice. Could you tell us more?

I’ve literally just started on the project. It’s a journey from the inception of Rock Against Racism, through Two Tone, to Red Wedge: the only time in pop history when artists actively worked alongside a political party in an attempt to oust the Government of the day – Left vs Right, Fascism vs. Socialism, Thatcher vs Kinnock. It’s Eric Clapton, Steel Pulse, The Clash, The Specials, Tom Robinson Band, Paul Weller, Billy Bragg… If anybody was involved and wants to write to me: daniel@isleofnoises.co.uk.

“It helped open up my very narrow music filters…it made me listen to music from new perspectives.”

Isle of Noises is available from www.isleofnoises.com as well as all good book stores.