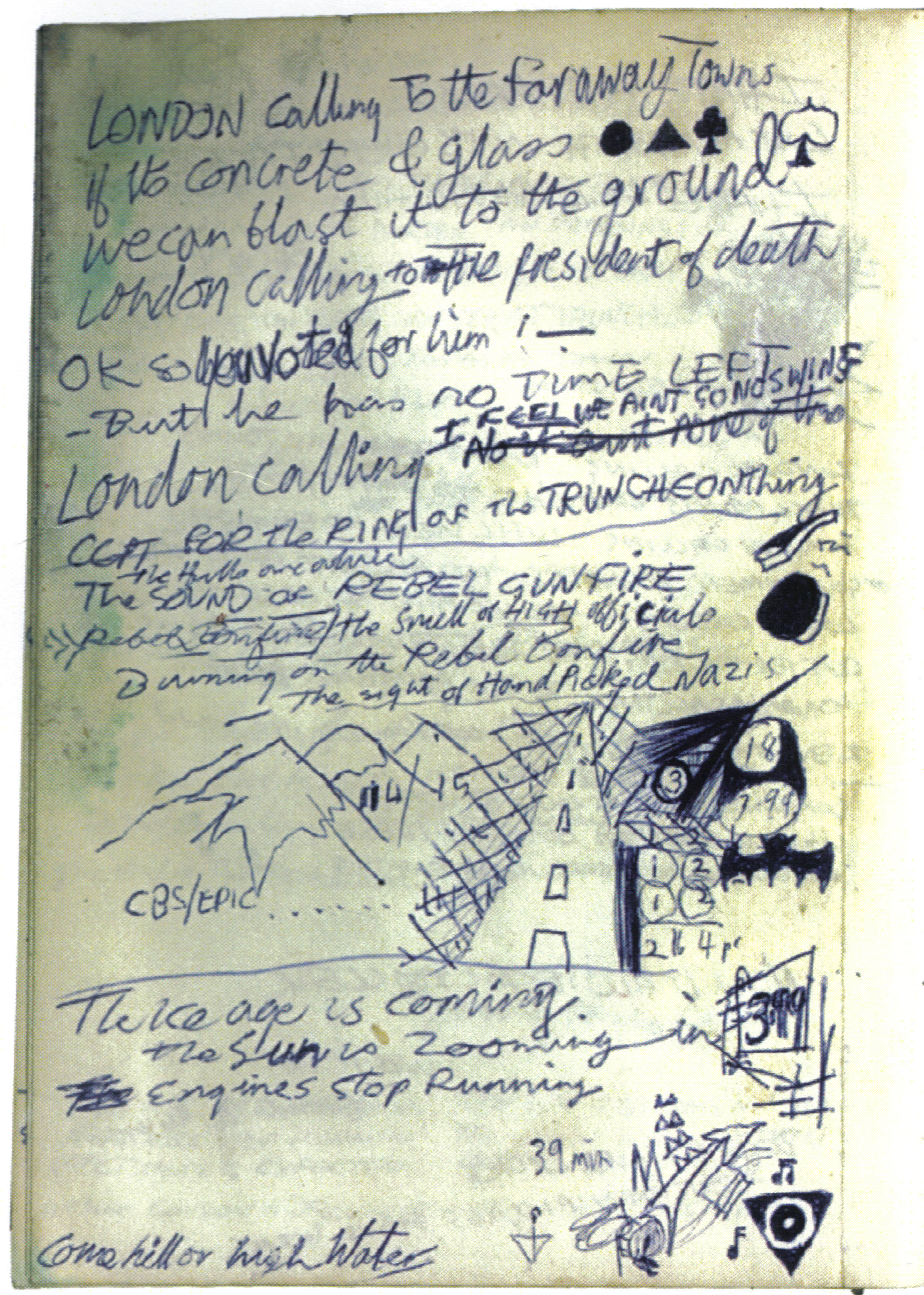 How complete were your and Joe Strummer’s ideas before you took them to the band?

Sometimes I had a little tape recorder … for instance, “Complete Control” was pretty much all done. “London Calling” we had a thing about the lyrics, but also in the music it was a bit more chunky before and I made it smooth, somehow … They were mostly complete, I think … Later on we got a little bit more experimental. We stretched out a little bit and then obviously we had to cut it down. It was like the two ideas of “Casbah”: Berni [Rhodes] said, “Why does everything have to be raga?” you know, really long … and at the same time, while our manager was saying we need to shorten everything, the ayatollah was saying: “I don’t like rock’n’roll.” Topper went into the studio; it was amazing. He put the three things down the piano, the bass and the drums. I did the chorus tune, Shareef don’t like it, then Joe did the lyrics, but Topper was the main guy.